The Zurich-based startup Deldro has no less goal than to stand up to the Silicone-Valley company Matternet and to be involved in the highly controversial delivery drones market.

This Short Range Delivery Drone is an agile and reliable drone system which connects two laboratories or hospitals over short distances and thus relieves common transport possibilities and saves costs as well as transport time.

Radiate developed the entire airframe around the electronic components such as flight controller, user interface via QR code and the actual payload. In addition to structural optimisation, production methods were incorporated early in the development process and cost-optimised measures taken.

The first prototypes were produced in our in-house prototyping lab so that our customer could carry out the first field tests very early in the development phase.

In addition to the actual airframe, a modular battery replacement system was developed, which allows the user to conveniently replace the batteries without prior knowledge. 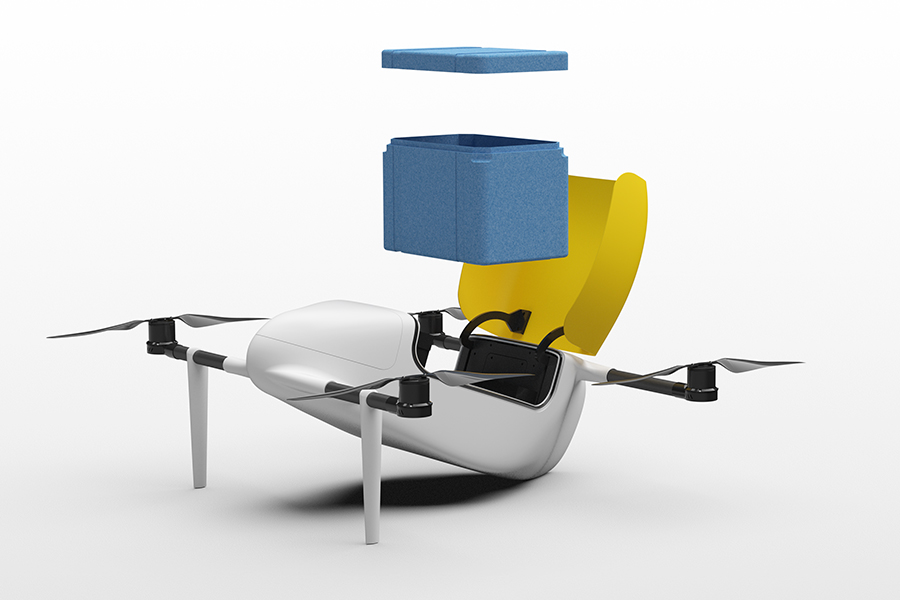 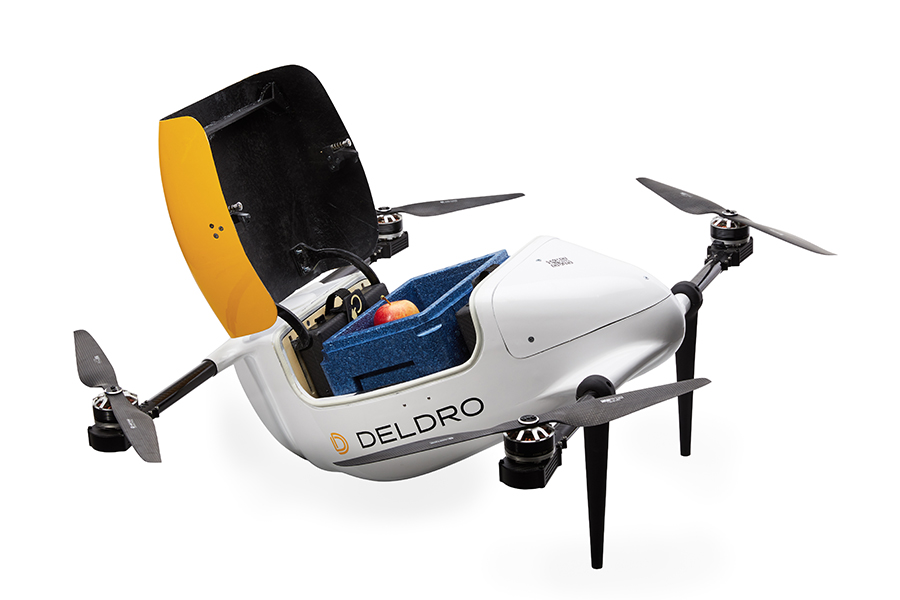 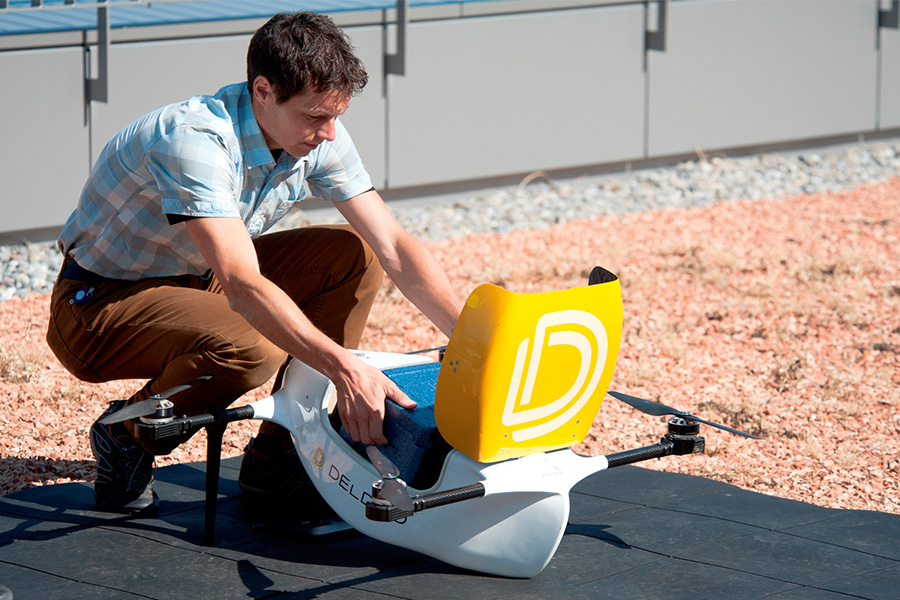 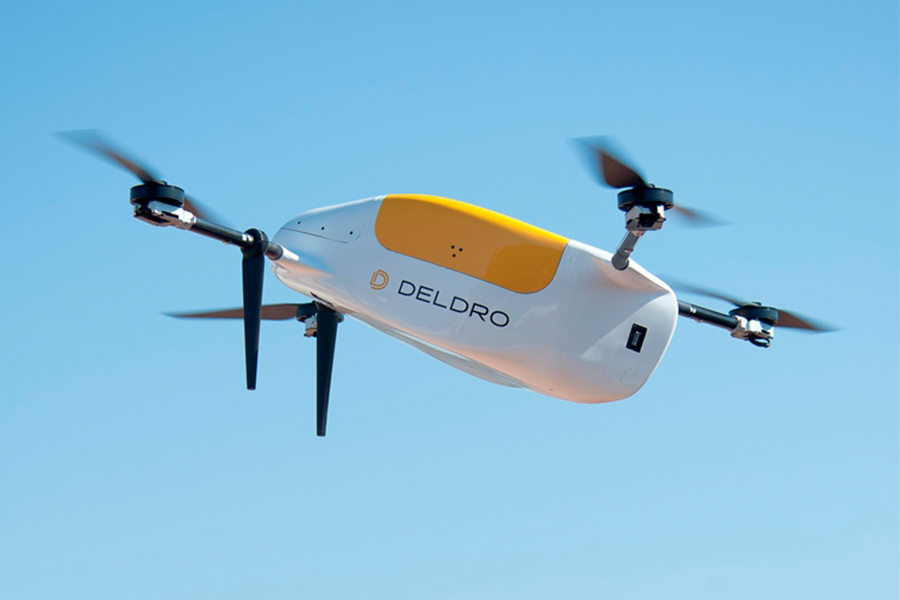 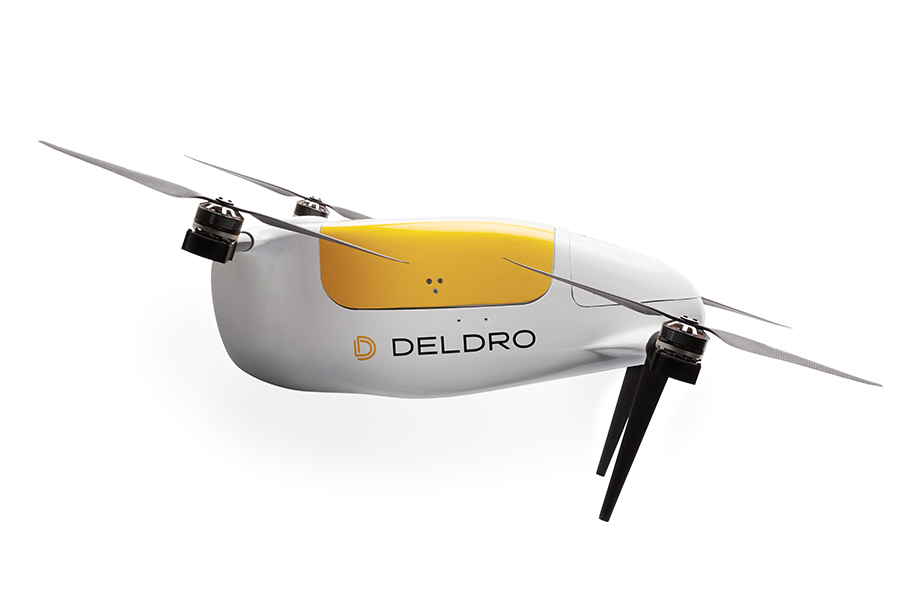 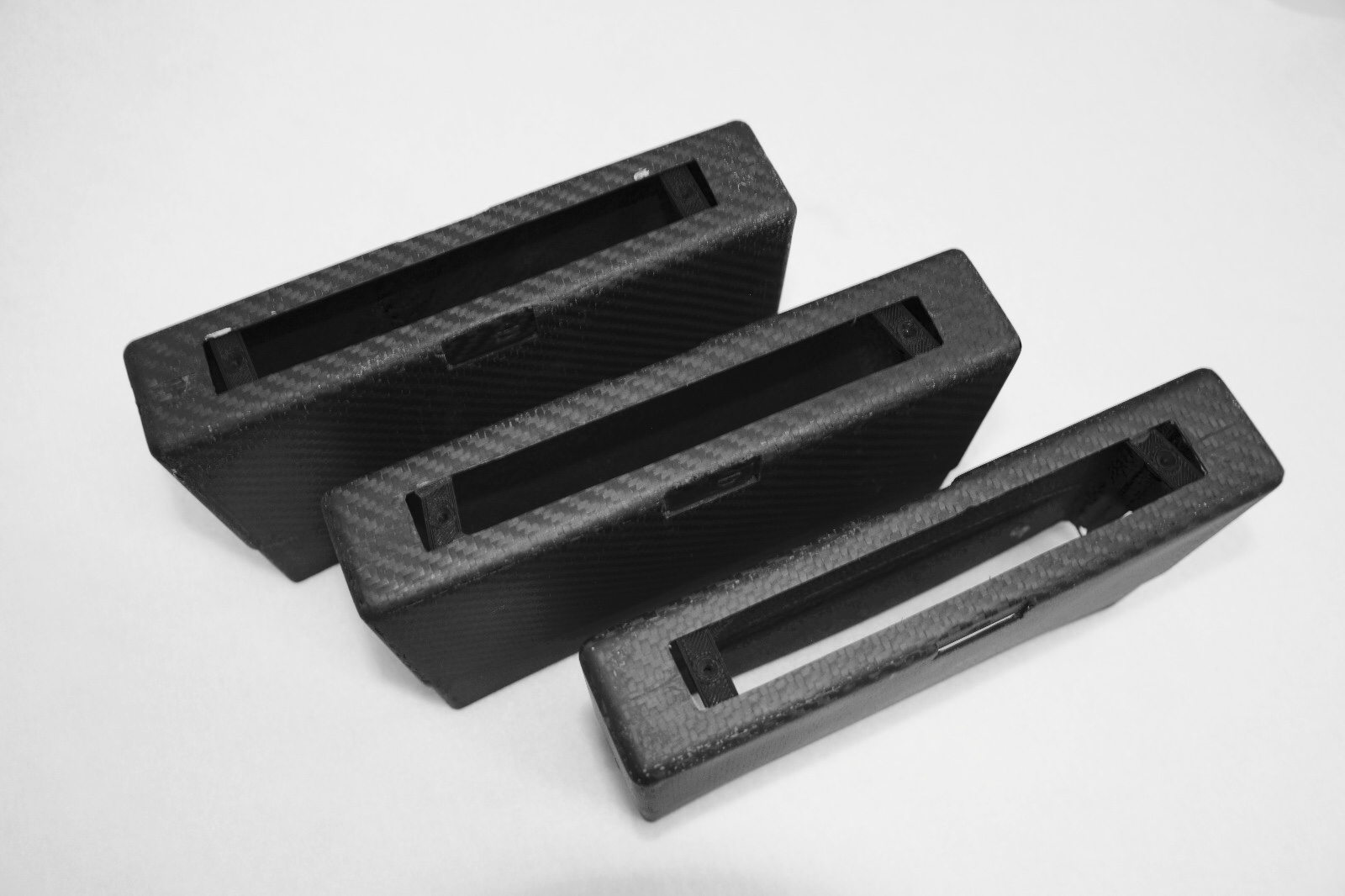 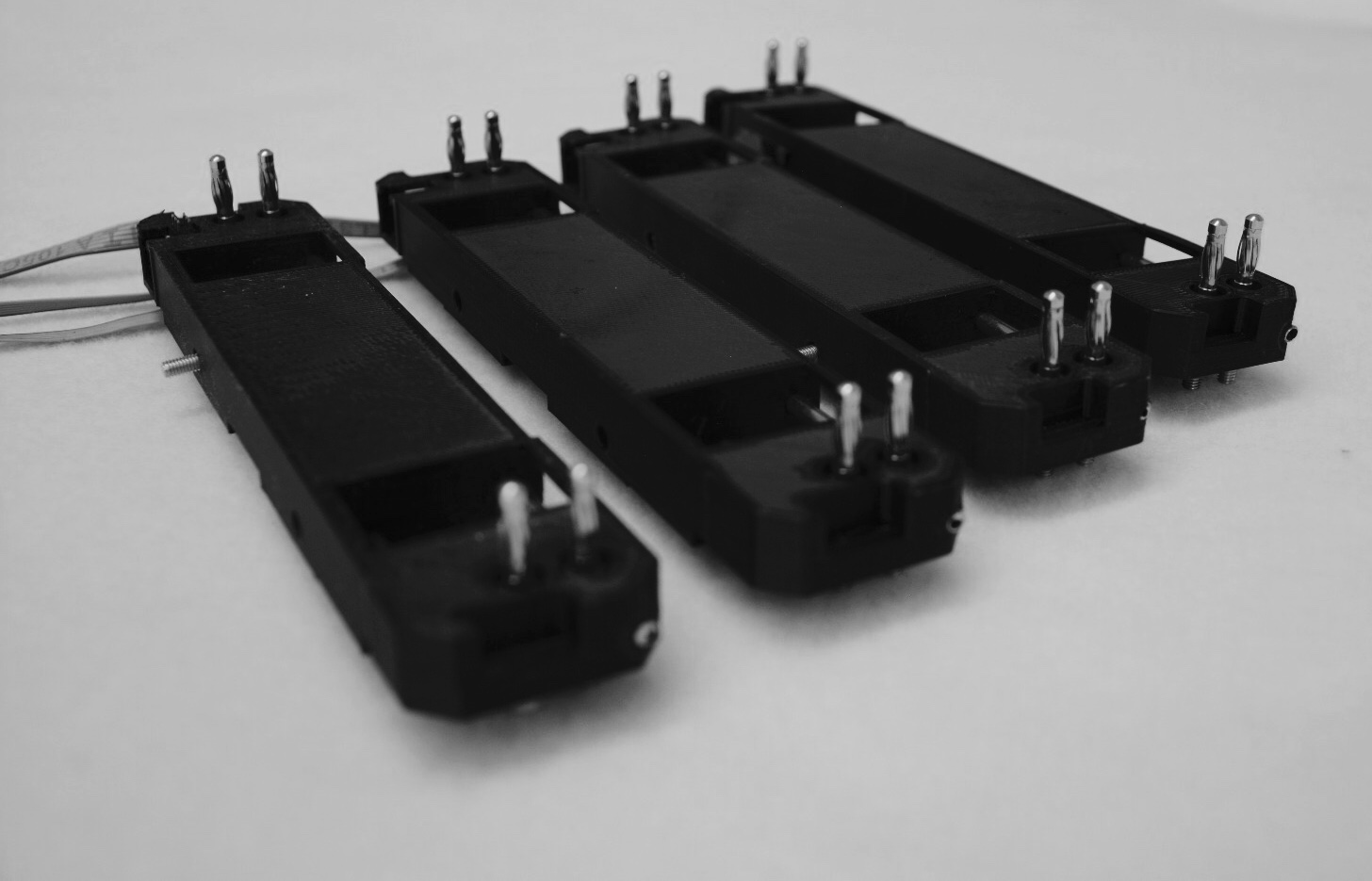